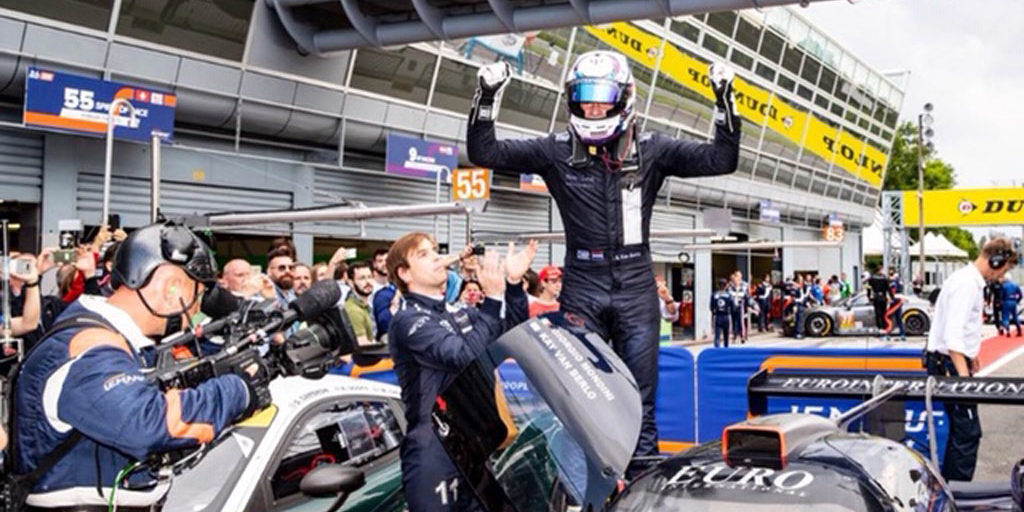 In the first hour, the pole sitting car – the #17 Ultimate Racing Norma M30 – led the race but the car soon ran through some trouble: Francois Heriau was nearly taken off the track at Turn 4 by the #20 Racing For Poland Ligier JSP3. Later on, that car was black and orange flagged for having a loose rear piece of bodywork.

After the Norma left the head of the race, three cars on identical pit strategies emerged as serious contenders for the win: the #2 United Autosport Ligier JSP3, the #11 Eurointernational Ligier JSP3 and the #13 Inter Europol Competition Ligier JSP3. The three cars raced neck to neck in the final hour with the #2 taking first position after the car’s final pitstop.

But drama hit the track only ten minutes before the chequered flag as John Falb’s car suffered a puncture after a hit from the #27 IDEC Sport Ligier LMP2 and pitted. The #13 also had to pit in the final moments of the race for a dash of fuel. This opened second and third place for the #6 and the #3 respectively with the #11 Eurointernational’s Ligier secured for the win.