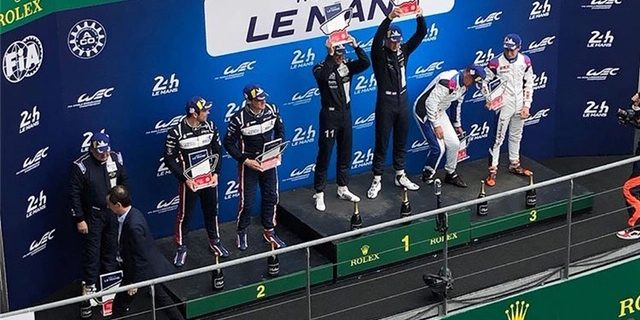 A convincing win for Eurointernational summarised a strong showing this week from the #11 Ligier JSP3 Nissan crew. Mikkel Jensen led the field into Turn 1 from pole at the rolling start, a lead that would not really come under threat throughout the first of two 55-miniute races at La Sarthe circuit.

The race started under cloudy skies but on a dry track and the big 50 car grid headed into turn 1 as the lights went out to begin the race. Mikkel Jensen in the LMP3 class #11 Eurointernational Ligier got away cleanly from pole position followed by Scott Andrews in the no9 Cool Racing Norma.

Out in front Jensen was being put under immense pressure from Australian Scott Andrews but the Dane kept his cool and headed in for the compulsory pitstops to hand over to Kay Van Berlo in the lead. After the pitstops were complete Van Berlo held a large lead over the no1 DKR Engineering Norma of Dan Polley

At the chequered flag it was the #11 Eurointernational Ligier out in front by 19 seconds from the hard charging Sean Rayhall in the #33 United Autosports Ligier, with the #3 DKR Engineering Norma of Leonard Hoogenboom taking the final podium position.