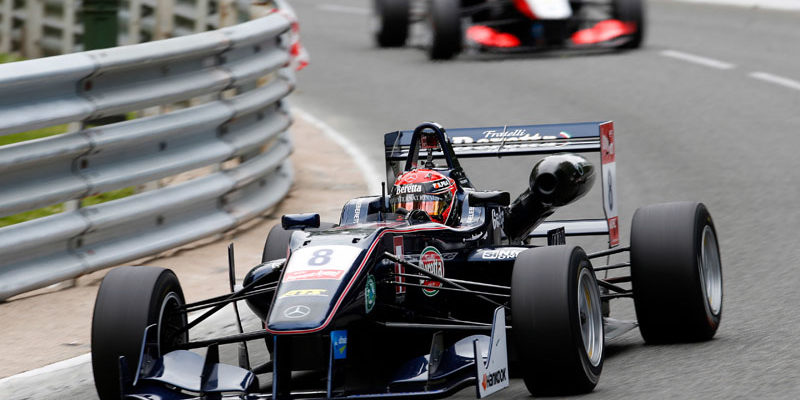 On paper, it would be the most difficult event of the season but, despite this preview, for Eurointernational the Grand Prix of Pau has been quite positive thank to Michele Beretta. The young driver from Lecco did a great job on Race 2 of the third FIA Formula 3 European Championship, achieving the first podium among Rookie drivers: started under the rain, Beretta was able to overtake three cars during the race staying out of troubles, ending the race as 3rd of class (12th overall).

Michele Beretta : “The podium achieved in Race 2 is the first result of the hard work done in Silverstone and Hockenheim, of course it is a good motivation that makes us more  موقع العاب اكشنقوية confident about next events. Pau is a very difficult circuit and, with no experience in a street circuit under the rain, I’m very satisfied about the result. I made some good overtakes and I enjoyed the car a lot, it was perfect thanks to the excellent work done by Eurointernational.”

The race in Pau wasn’t so good for Riccardo Agostini: after a good qualify, he was forced to withdraw during Race 1 due to gearbox problem. During Race 2, the young italian driver has been protagonist of a great comeback, which allowed him a 14th position under the rain. “It was a pity, because things could have been even better. – commented Riccardo – Just at three laps from the end there was a safety-car because a few cars, after a collision, have completely blocked off the track, leaving me and many others stuck together. If it wasn’t enough, Menezes came upon my car causing damage to the wing.”

The last race on Sunday was not as good: Riccardo started from the eighth row, but withdrew during the initial stages of the race.