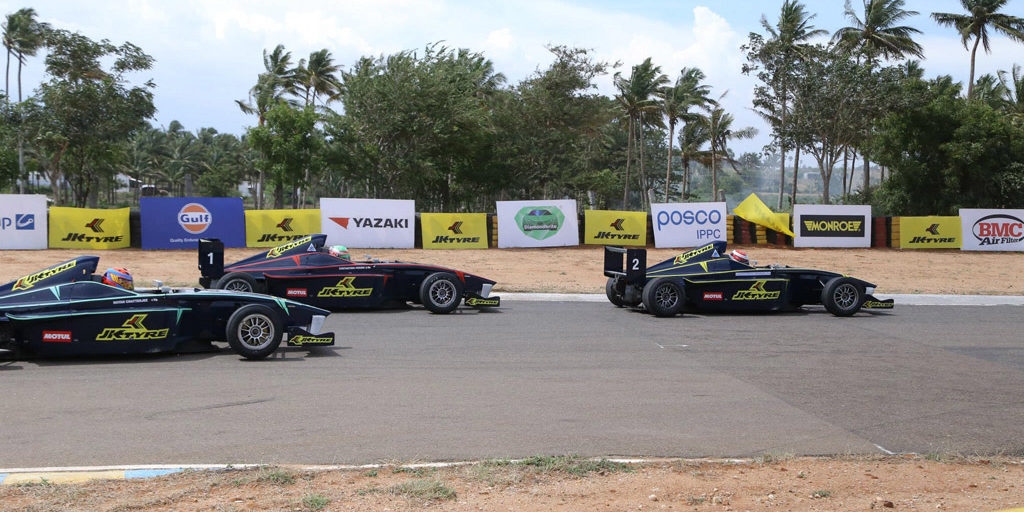 Great battles and fight in the second round of 2015 JK Racing India Series held at Kari Motor Speedway, Coimbatore. With twelve Formula BMW racing cars on the grid, all managed by Eurointernational, the show has been so exciting: in Race 1 and after 15 laps, Vishnu Prasad won the race ahead of Krishnaraj Mahadik and Kush Maini; Race 2 finished with the first and the second just separated by six tenths with Krishnaraj Mahadik on the highest step of the podium followed by Vishnu Prasad and Akhil Rabindra. The last race have seen Ananth Shanmugam as winners with Vishnu Prasad in second place and Karthik Tharani as third.

The next event of 2015 JK Racing India Series is scheduled for 16-18 October at Buddh International Circuit, New Delhi (India).