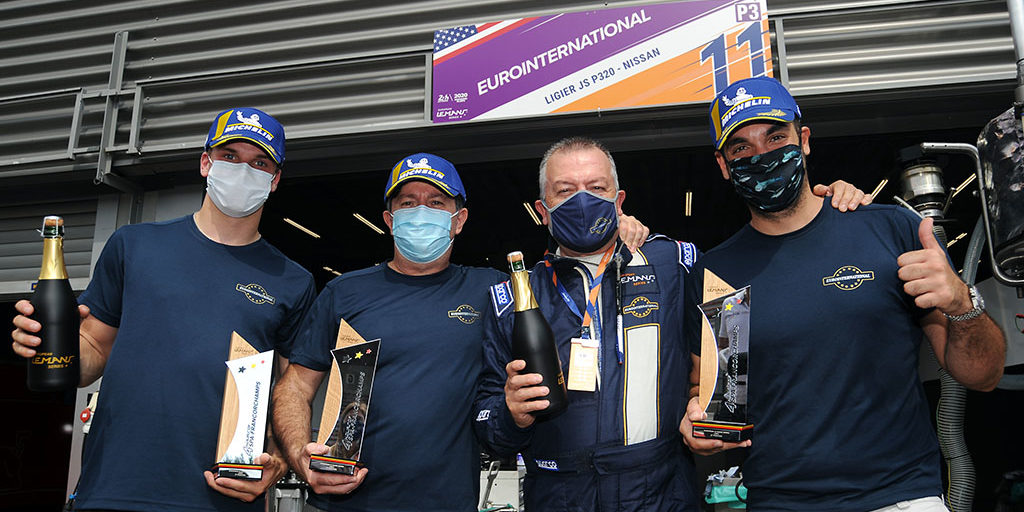 Positive result for Eurointernational in the second round of 2020 European Le Mans Series: on the legendary belgian circuit of Spa-Francorchamps, the team led by Antonio Ferrari backs on the podium in the 4 Hours race after a really tight battle in LMP3 class, where the trio formed by Thomas Erdos, Niko Kari and Andreas Laskaratos were able to recover some positions and targeting the podium after three hours.

The unpredictable weather, a key factor on the Ardenne’s track, was not on Eurointernational’s side: just with one hour to go, the rain came putting on trouble many cars along the 7 km circuit; with the last pit-stop to do, the team decided to take a gamble choosing the wets: unfortunately, the rain stopped few minutes later forcing the #11 Ligier JS P320 to a new stop to switch again on slick compound.

At the end, a very good result for Eurointernational considering also the Thomas Erdos’ damaged ribs (from round 1 at Paul Ricard), with the brazilian set to miss the return to the South of France as a result.

Following the third place conquered in Belgium, Eurointernational is now second in the Team’s Ranking behind United Autosports.

Next round is scheduled for 29-30th August again at Paul Ricard instead of Barcelona, with a late minute change due to the raising of Covid-19 cases in Spain.