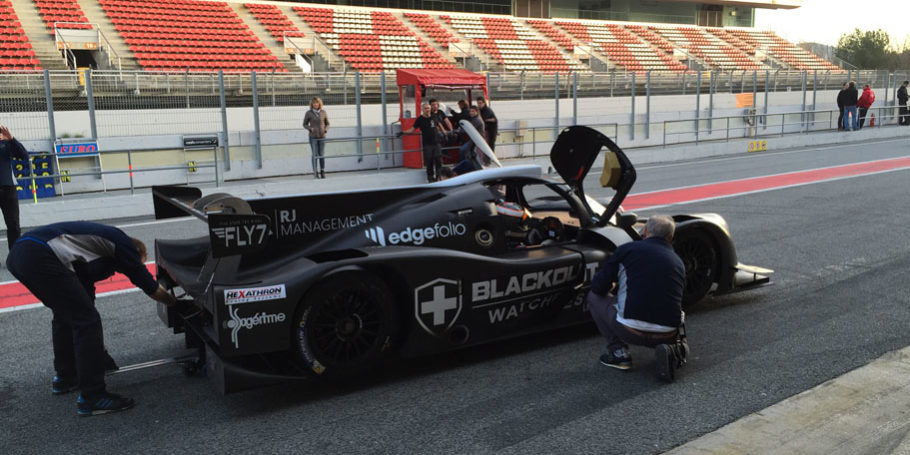 Four drivers on Eurointernational’s Ligier LMP3 between Barcelona and Estoril

In Spain, Giorgio Mondini worked without any issue on the french LMP3 prototype, covering over 400 kms, with a best time set in 1’43.049, almost 3″ faster than the other LMP3 cars on track; in the same days, great performance also from Costantino Peroni, who set an impressive 1’44.846 at the wheel of JS53 Evo 2 powered by Honda.

The week after, Eurointernational moved to Portugal for other two days of work. On track, in add to Mondini and Peroni, also Jay Palmer and Matteo Bobbi. Mondini, who continued a dedicated work with the engineers, set the new lap time record of Estoril circuit regarding LMP3 cars: the italian-swiss driver stop the clock on 1’34.350. Palmer and Bobbi had own first approach with team and car in order to evaluate their partecipation to 2016 ELMS with Eurointernational.

Eurointernational will continue its preparation for 2016 European Le Mans Series at Le Castellet (France) on 20-21 of January.

Antonio Ferrari (Eurointernational Team Manager): “We are really happy about the job done in Spain and Portugal. The car is quick and reliable, it is also very responsive to any changes on set up. Giorgio completed over 600 kms to test different settings and solutions, collecting a huge amount of data that we will analyze during the next days. Also Costantino made a very good improvements on the Ligier JS53 Evo 2 with no mistakes, and we have given him the opportunity to complete some laps also on the LMP3. We have been pleased to have Palmer and Bobbi on our car in Estoril, both have had a positive impression about our work and all together we are looking forward to come back on track next month.“

Posted by Eurointernational on Martedì 22 dicembre 2015