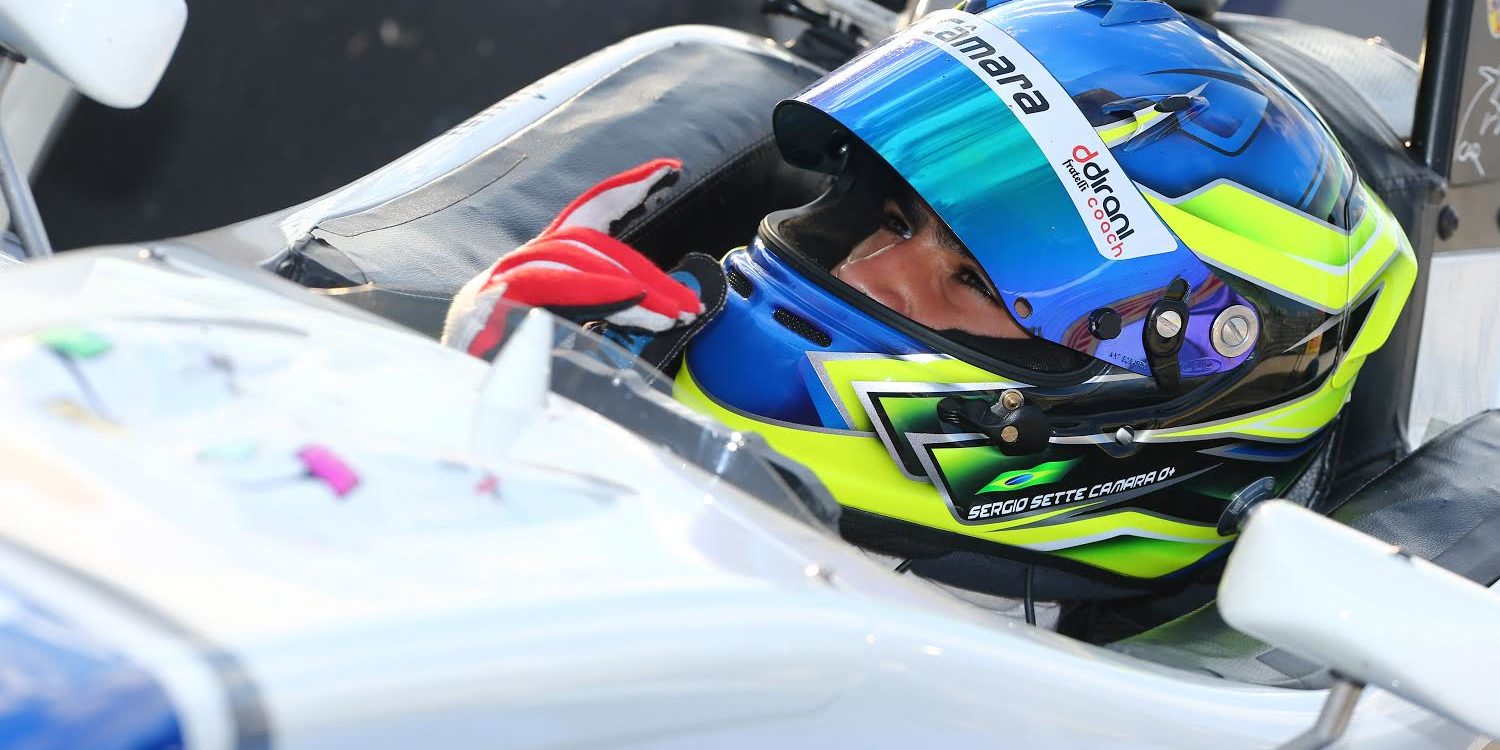 After six races in F3 Brazil, the driver from Belo Horizonte (Brazil) will accomplish his first competition in a racetrack remarkable for national motorsport fans. Within two weeks, between October 10 and 12, another important step will be given in the Sergio Sette Câmara’s career: in the traditional Enzo e Dino Ferrari racetrack, in Imola (Italy),  he will race in the tenth round of FIA F3 European  Championship. After a successful career in brazilian karting, where he won nearly all Championships he competed in, Sette Câmara  went to Europe in 2012 when, at the invitation of an important chassis factory, he defended the colors of that brand in its official team for two years, achieving the high point when he won the Iame International Final on that season. After that, still in Europe, Sette Câmara kept standing out and in 2014 he was the winner of one of the stages of the popular German Karting Championship. With all this international experience, the 16 year old driver returned to Brazil and started disputing the F3 Brazil races, even though he did not participate in the first four rounds. Facing a grid of almost 20 drivers, Sette Câmara managed to start in front row in his debut and collected twice podium results. With a view to maintaining the first contact with the series where he wants to be in 2015, Sette Câmara will make his debut with Eurointernational team driving a Dallara F314 powered by Mercedes-­‐Benz.
“I want to thank my family and my sponsors to give me this chance, very important for my career. I know I’m still young, but with determination and nerves I’m sure I can perform my best. The FIA F3 European Championship is one of the toughest and most high-rated championships in the world. Being a part of this grid, which has even an already future F1 drivers, will be a great pleasure.”