Triple win for Eurointernational in Coimbatore in the JK Tyre Racing Championship 2014! 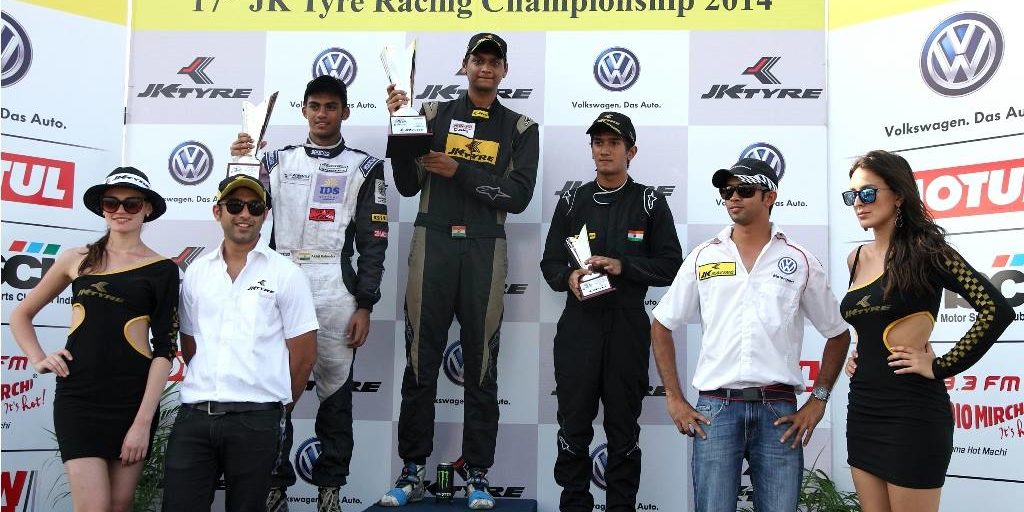 Amazing weekend for Eurointernational in Coimbatore (India) for the first round of JK Tyre Racing Championship 2014. At Kari Motor Speedway, the italian team managed by Antonio Ferrari conquered three wins (all with Vishnu Prasad), three second places and three third places, the whole podium in all races.

Racing in the FB 02 class, Vishnu brooked no opposition from the rest of the talented field, driving with class and precision and holding clean lines on the sharp turns to enthrall the goodly Sunday crowd that had turned out to watch the event, which has been granted National status by FMSCI.

Vishnu continued from where he had left on the opening day, winning the second race of the FB 02 series even after a poor start. With Akhil Rabindra getting the jump on him, Super Mario Vishnu recovered to overhaul the rest of the field and finish the 15 lap race in a time of 16:35. 338. Rabindra came home in second place, 4.538 seconds adrift, while Krishnaraj Mahadik was third 7.055 seconds behind.

The third race in Coimbatore also saw a start to finish winning performance from Vishnu, with Rabindra and Mahadik following in his wake, the hat-trick of wins eliciting praise for his driving skills from all quarters. Vishnu touched best speeds of 116.038 and 115.724 respectively in the second and third rounds and also had the best lap timings.

The italian team was not so lucky in Hungary for the fourth round of FIA F3 European Championship: with the only Michele Beretta at the start, Eurointernational suffered the retire in Race 1 due to gearbox failure on its Dallara F312-Mercedes while, in the other two races, was unable to enter in the Top 10.