42.000 people for the third round of JK Racing Asia Series 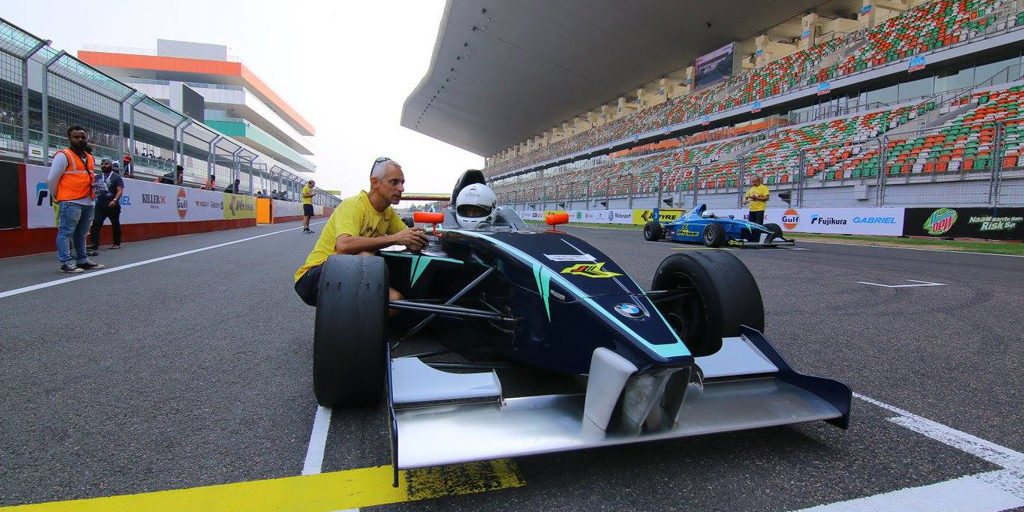 The third round of JK Racing Asia Series 2015 has been a great event for thousands of indian motorsport fans. Over 42.000 people were present at Buddh International Circuit, in New Delhi, to support the local heroes in a special day organized by JK Tyre.

With our Formula BMW race cars, the two races have seen a great battles on track with three different winners. In Race 1, Ananth Shanmugam won the fight against Vishnu Prasad and Nayan Chatterjee, respectively second and third while Vishnu Prasad was able to take the lead and keep it until the chequered flag in Race 2, followed by Karthik Tharani and Ananth Shanmugam. Italian national anthem on the podium of Race 3 thanks to Costantino Peroni, first after 10 laps ahead Ananth Shanmugam and Vishnu Prasad.

The final round of JK Racing Asia Series 2015 will take place again at Buddh International Circuit from 27 to 29 of November.