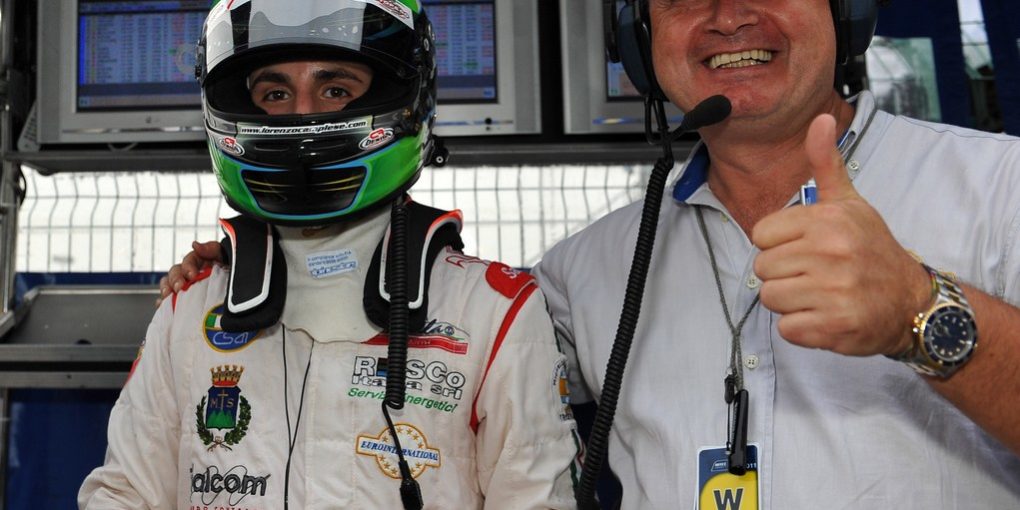 Eurointernational is pleased to announce that will enter the 2012 ATS Formel 3 Cup with italian driver Lorenzo Camplese and a new Dallara F311 powered by VW.

Lorenzo Camplese, 17, has been the only Italian driver to win last season in the Formula Abarth European and Italian Championship and in the Formula Pilota China, always with Eurointernational, finishing also second at his debut in the FJKRAS event during the India F1 GP.

Lorenzo Camplese: “After the great end of last season in Europe and Asia, I have always considered and wished to continue racing with the Eurointernational Team. Now our efforts and programs have been united to take part to the ATS Formel 3 Cup Series and I am very happy for this project and looking forward to start testing.”

Antonio Ferrari, Team Principal: “We have worked very well with Lorenzo, starting in the middle of the last season, and bringing Him always on the podium, with two wins, in Formula Abarth European Series and Formula Pilota China. The ATS Formel 3 Cup is a difficult program and my Team will be rookie as Lorenzo in this Series, but we count on his talent, our technical resorces and management, together with the traditional winning attitude of the Team. Eurointernational will cooperate financially to the program with his own sponsors, Iterna and United Oil, together with Lorenzo’s sponsors Confezioni Mario De Cecco, Italcom, MD, Lappe. This confirms how much I personally believe in the project for support a young Italian driver, who has choosen the F3 competition outside his own country. It is an ambitious program, especially under the present financial European situation, and we will carry it together with Lorenzo and all sponsors with renowned passion and maximum professionality, very happy of the support and assistance received by the ATS Formel 3 Series, VW Motorsport and Yokohama.”

Eurointernational will use for Lorenzo Camplese one new Dallara F311 with the new 2012 engine VW with the \’push to pass\’ system of the ATS Formel 3 Cup, and will enter also a second new Dallara F311 VW, for a driver to be selected.

Eurointernational, during 2011 has already run 18 test days in all tracks of the 2012 ATS Formel 3 Cup with the Dallara F311 VW and will start already next week with Lorenzo Camplese an intensive testing program in Spain to be continue in Europe next March on the tracks of the ATS Formel 3 Cup.

In Formula 3, Eurointernational has always won titles when has entered a championship : on 2000 and 2001 winning the US F3 Team and Drivers Championships with Luciano Gomide and Dallara F300-01 VW and on 2010 winning the Rookie Cup in the F3 Italia Championship with Gabby Chaves and Mygale MT10 FPT.