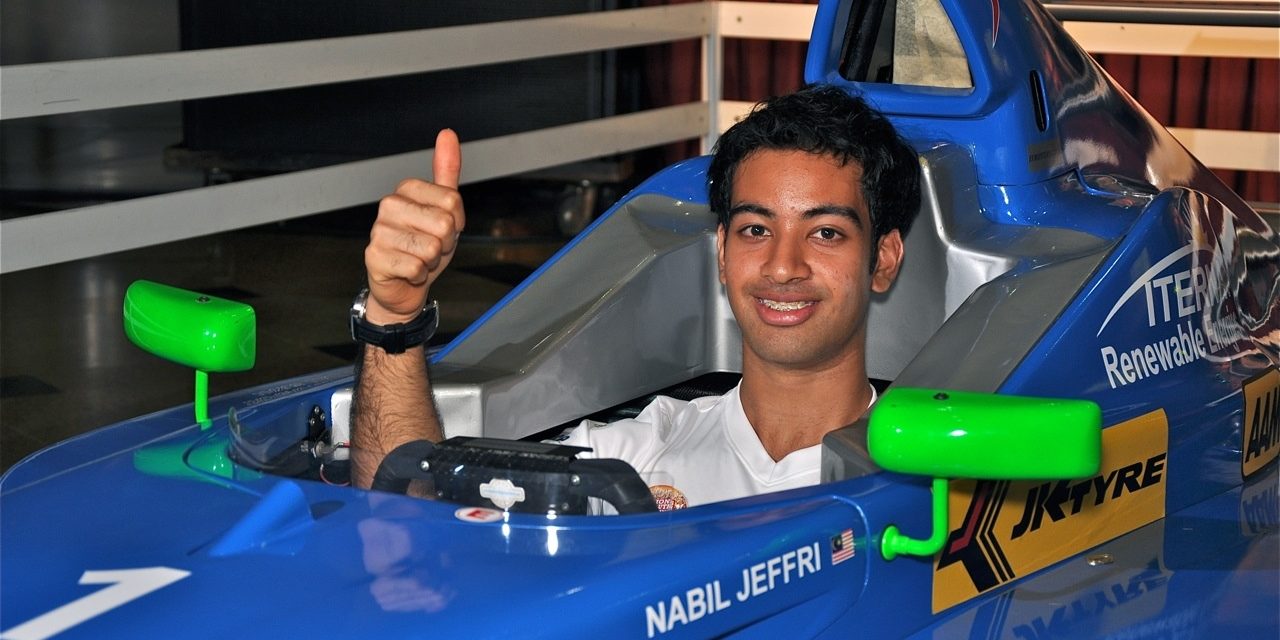 Eurointernational is pleased to announce to have signed driver Nabil Jeffri for the 2012 Formula JK Racing Asia Series (FJKRAS).

The Malaysian driver’s participation was announced by the Malaysian Minister of Youth & Sport Dato’ Seri Ahmad Shabery Cheek during a press conference held at Menara KBS in Putrajaya, Malaysia. Eurointernational was nominated the official “Team Malaysia” and was announced the beginning of a motorsport development program with institutions of higher learning in Malaysia. Selected students will take part to stages with the Eurointernational Team in Europe and at the FJKRAS events, while a test will be offered to the winner of the Formula KBS Karting Championship, with Antonio Ferrari, Team Principal, personal motorsports consultant of the Malaysian Minister of Youth & Sport for development of motorsports in Malaysia.

Nabil Jeffri, 19, who completed the 2011 FJKRAS Season in third place, will be pushing for the Championship win with the 2011 winning Team Eurointernational, and will carry the n. 1 on his car for the 2012 season, and will conduct a testing program in Europe with Eurointernational’s F3 cars in preparation of the 2013 season in the ATS Formel 3 or the European FIA F3 Championship with the Italian Team.

“Nabil Jeffri has been very strong last season in FJKRAS,” quote Team Principal Antonio Ferrari, “and since the last race we have been working hard to make possible the 2012 FJKRAS together and start testing with F3. We have scheduled a testing program in Asia and Europe to prepare in the best way possible Nabil for the incoming season, starting already in Italy next week.”

“The faith that Eurointernational has in me encouraging me to do my best to win this year’s Championship and move on to Europe in F3 next year.”

Nabil Jeffri’s Eurointernational FJKRAS car will be sponsored by a pool of major Malaysian’s Companies who will be announced just before the first round of the FJKRAS event at Sepang on May 24-27, with an official presentation during the 2012 Himpunan Jutaan Belia ( National Youth Day ) in Putrajaya next May.

Eurointernational is the 2011 Team and Drivers Overall & Rookie Champion, with Lucas Auer, of the FJKRAS and the winnest Team in the Formula BMW history worldwide with 72 wins, 92 podium, 88 poles in 154 races competed, winning 6 Team Championships, 6 Overall Drivers Championships, 3 Rookie Cup and the last World Final.