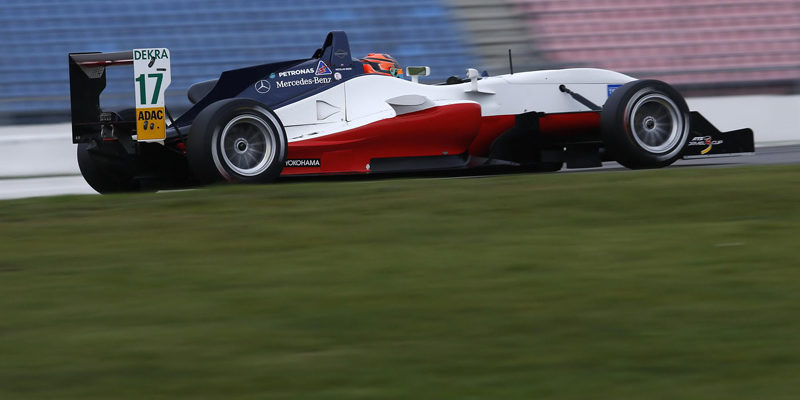 Just a one shot race for Nicolas Beer with Eurointernational in ATS Formel 3 Cup 2014. The danish driver had the opportunity to race with the italian team in the last round of german series that took place in Hockenheim; after a stop in Race 1, Nicolas Beer brought the Dallara-Mercedes close to the podium both in Race 2 and Race 3 getting the chequered flag in fifth (3rd as Rookie) and sixth position. For sure a positive experience for Nicolas who has a great potential despite the young age, hoping to have him again onboard a EUrointernational’s race car.