Antonio Ferrari: “A fantastic win but we are already working for 2016” 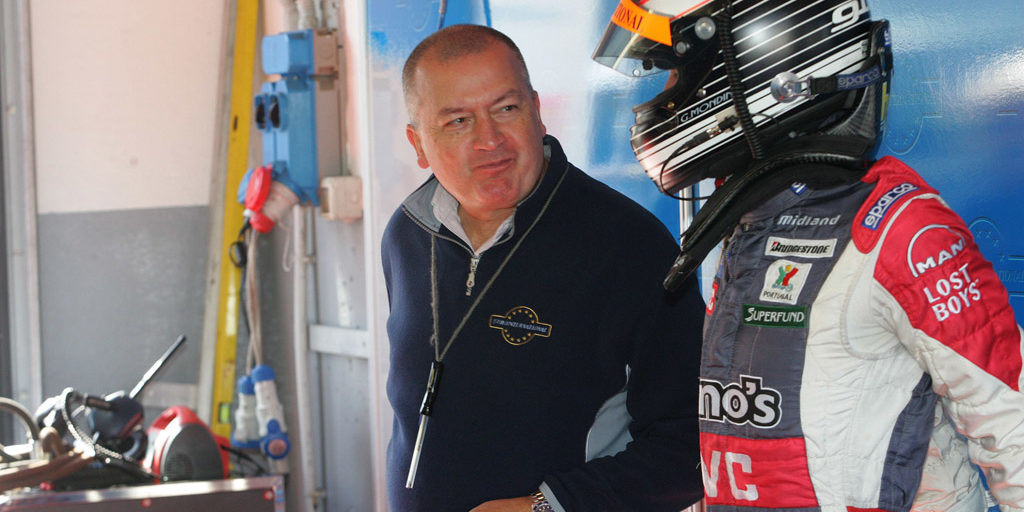 Antonio Ferrari and his team return on top of italian motorsport

After a not easy start in the FIA F3 European Championship, the 2015 racing season of Eurointernational turned in a positive way thank to the programme wanted by Giorgio Mondini and Antonio Ferrari with a new adventure, the sport prototype. For the italian team manager, this kind of car was already a special love born more than 20 years ago, when Eurointernational was protagonist in USA with Ferrari 333 SP race car.

Started in late June, the programme in the Campionato Italiano Sport Prototipi has been successfully just from the first race, where Giorgio Mondini took both pole position and win in Magione, after few days after the delivery of the car into the italian team factory. From that day, the Ligier JS53 Evo 2 has been modified and upgraded by Eurointernational, becoming at least 1″ faster than the original one.

The italian-swiss driver has won both overall and CN2 standings with the only points conquered with Eurointernational, making his debut just in the third race of the season. Mondini got 8 wins, 7 pole-positions, one 2nd place andone 3rd place in 10 races, signing the new lap time record in all circuits.

Antonio Ferrari (Team Manager): “We did an incredible job to improve the performance of ours Ligier JS53 Evo 2: this car born already so competitive and so good, but we like the challenge to have something unique and ever faster than our opponents. Together my guys and Hexathron Racing Systems, we have thinked about different solutions in every aspect of the car, making some good modifications and for those I want to say thank to engineer Maurizio Soro (Hexathron Racing Systems), LRM for the engine, Bellotto Racing and Michelin for the tires, FRAM Corse for the coolers, Caimano Racing (for the composite parts), BSA (for the brakes) and VPS Workshop (for the dampers). A big big thank you also for Giorgio Mondini: he did a great job in all racing events this year and we are delighted to have him inside our team because is a great guy, very quick and I’m sure we can do a great work together in the future. About the Ligier JS53 Evo 2 E, we are working on new updates for the body and aerodynamics, new dampers and third elements (both front and rear), new wheel carriers, new brake components, new third element while LRM will upgrades the Honda engine:; we are sure it will be a huge step forward!”

Eurointernational and Antonio Ferrari’s plans are now already focused on 2016 racing season: in the next days, the team will start a huge testing programme around the Europe with the Ligier LMP3 cars and two other Ligier JS53 Evo 2 are expected to be delivered at the italian team within the end of the year. Next season will see Eurointernational involved in  different series: at now, the provisional plan is set to have 2 LMP3 in European Le Mans Series, 3 CN2 in Vdev (and some races in the Italian Sport Prototype Championship (aka Campionato Italiano Sport Prototipi) and the return in the FIA F3 European Championship with 2 Dallara F312 powered by Mercedes-Benz.

All programmes will be supported by Hexathron Racing Systems both by its engineers and with the work on professional racing simulator.