Giorgio Mondini: “What a feeling to back on top, and I want to work with young drivers” 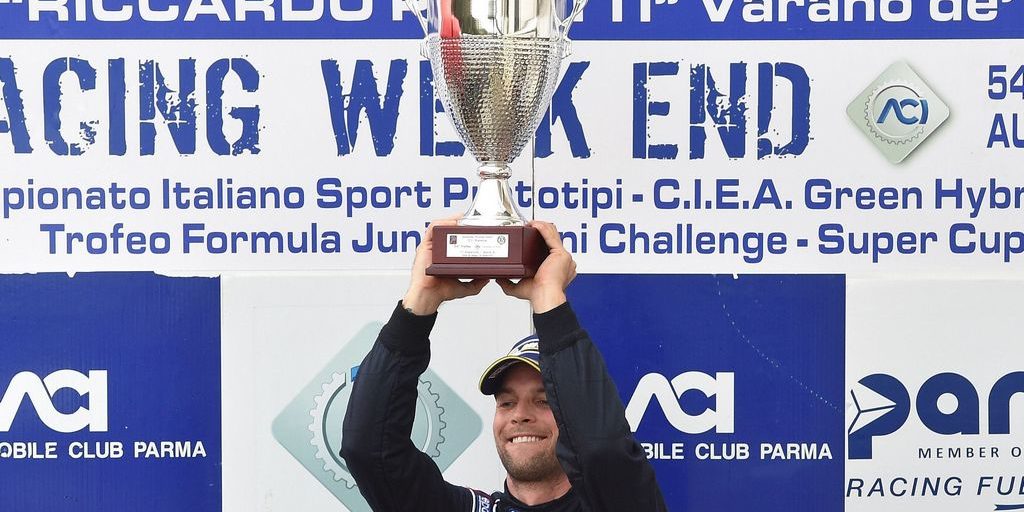 Giorgio Mondini talks about 2015 with Eurointernational and much more

It was fantastic for Giorgio Mondini to lift up the trophy on the podium of Autodromo “Riccardo Paletti” in Varano De’ Melegari, the last one of this amazing racing season with Eurointernational in the Italian Sport Prototype Championship (Campionato Italiano Sport Prototipi).

The crown of the italian series finally stay on Giorgio Mondini’s helmet, having been the author of an impressive ride with nine victories over the fourteen races, as well as seven pole positions and eight fastest laps. A result that came thank to the partnership with Eurointernational from the third round in Magione; with the team directed by Antonio Ferrari, Mondini got eight of the nine trophy of this season.

“It was our target and we worked so hard to get it – said Giorgio Mondini as soon as left the podium in Varano De’ Melegari – I started the season with another team but I looked for another project. I met Antonio Ferrari in Monza, we evaluated the technical alternatives on the market and our choice went on Ligier. But, for me, the real winning choice was to return with Eurointernational: this championship proved once again that they are an extraordinary team and Antonio, together his guys and Hexathron Racing Systems, done an outstanding job. The numbers that we obtained could indicate that it was an easy championship but for sure it wasn’t. We had very strong opponents during the entire season. Davide Uboldi, Marco Jacoboni, Simone Iaquinta are skilled drivers as Walter Margelli, who held open the championship until the last round. Even Danny Molinaro has grown a lot and next year he will be ready to fight for the title, as well as the Osella. Regarding us, we had a test session in VdeV at Magny Cours to evaluate the level of the championship and we set the best lap time, another proof that the Italian Sport Prototype Championship is a very good benchmark both for cars and drivers.”

“I do not know if I can still expect a future as a professional driver – continues Mondini – but for the moment I chose to capitalize my experience and Eurointernational one to set a programme for the young drivers. Our target is to support and help young talents in our team, perhaps allowing them to learn better and faster than would with different paths. We want to have this programme with CN race cars (the Ligier JS53 Evo 2) because it is a fantastic car and one of the best to improve own skills, and we want to race again in the 2016 Italian Sport Prototype Championship.“