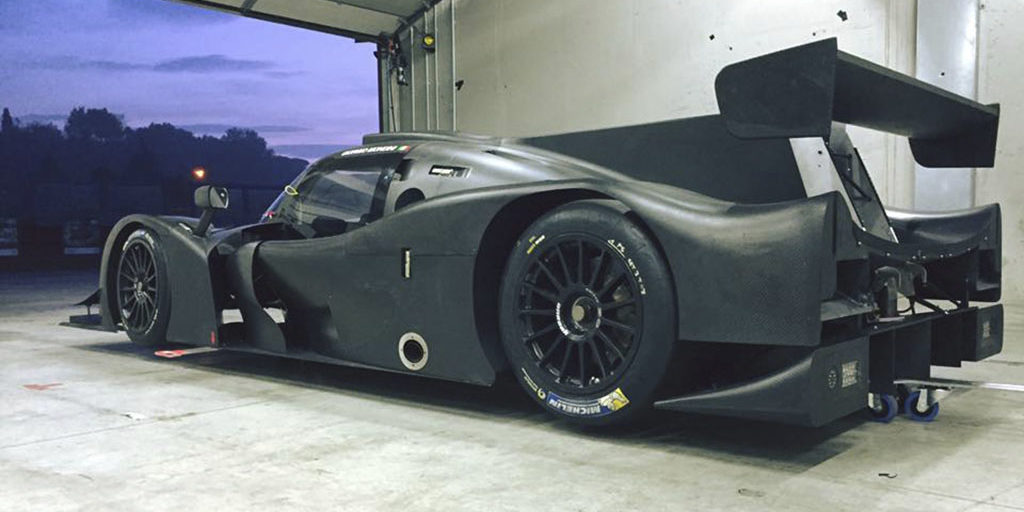 After the dominating season in 2015 Italian Sport Prototype Championship with Giorgio Mondini and the Ligier JS53 Evo 2 E, Eurointernational is already back on track to start the development work for next year. The italian based team directed by Antonio Ferrari will take part in 2016 European Le Mans Series with two Ligier LMP3 race cars, which have already started an important testing programme: after the fist shakedown and short session in Magny-Cours during the last round of VdeV (where Mondini set the fastest lap time, 1”1 ahead of the Tomlinson-Simpson-Schjerpen’s works Ginetta LMP3), the italian-swiss driver continued the development in Misano Adriatico and Imola: on Marco Simoncelli dedicated circuit, the french car powered by Nissan completed 88 laps without any issue, with a best time of 1’30”464; two days later, on “Enzo & Dino Ferrari” racetrack, Mondini and Eurointernational clocked 81 laps, setting the fastest one in 1’39”555, almost 3” faster than LNT’s Ginetta LMP3 pole position in 2015 European Le Mans Series event. Another proof about positive performance and realiability of Ligier LMP3 machine, in add to the already good base set up found by Eurointernational’s engineers.

Antonio Ferrari (Eurointernational Team Manager): “Every day we work on Ligier LMP3 we discover important tips. Our car has already reached a very good performance level, as we have seen in Magny-Cours, Misano and Imola. Next month Eurointernational will be in Navarra (8th-9th), Barcelona (11th-16th-17th) and Estoril (20th-21st) to test new solutions and drivers for 2016 European Le Mans Series. We have started an important development work together Hexathron Racing Systems that includes CFD and simulator, in add to Seven-post Rig sessions scheduled in January: this effort is fundamental in order to be on top already from the first event in Silverstone. In the same time, we are working also on Ligier JS53 Evo 2 and our plani s to be at the start of 2016 VdeV championship with three cars; it will be in Spain too where some drivers will have opportunity to test the car and its performance.”

Giorgio Mondini: “The Ligier LMP3 is a great car: very fast and realiable, easy to drive thank to its balance and you can feel all set up adjustments. In these first test sessions we haven’t had any problem, allowing us to complete the work with hundreds kilometers and huge amount of data collected. Together our engineers, we have already traced a development plan focused on 2016 European Le Mans Series. In Barcelona we will have the chance to compare our performance with other LMP3 cars but the time set in Imola is already fantastic because in that lap I found traffic on track and my tires were quite worn.”