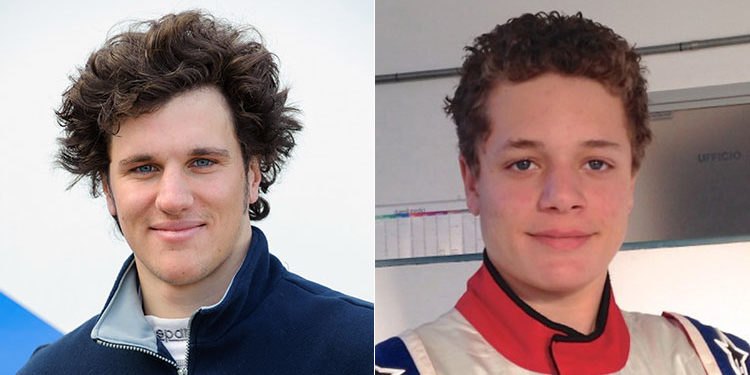 A few weeks ago, Eurointernational confirmed Riccardo Agostini as first driver for the 2014 FIA Formula 3 European Championship season and now, the Italian squad announced the signing of the competitive young guns Michele Beretta and Santino Ferrucci.

Italian Michele Beretta raced in his home country’s Formula Abarth, in the past two years. In the 2013 season, the 19-year-old secured a race win and finished second in the championship.

Antonio Ferrari, Team Manager Eurointernational: “Michele impressed me in the tests held at Valencia in late 2013. He tested for another team and was particular fast in wet conditions. This was the first time I saw him and now he is going to race for my team. He is a real Formula 3 rookie and the step from Formula Abarth to Formula 3 is truly big. But we will help him on the way to making good progress.”

The team’s third single-seater will be raced by Santino Ferrucci who enters the European single-seater sport as successful kart driver. The only 15-year-old American with Italian roots already contested several days of testing for his new squad.

“His speed is great and his general approach is exemplary,” Ferrari slobbers over his new young gun. “I have seen a lot of top talents but I have to admit that neither Daniil Kvyat nor Carlos Sainz or Felipe Nasr were that good, at the age of 15. We have realised that he definitely is extremely gifted. We don’t yet know if he will be able to deliver on the race weekends right from the start but he still is very young and has got enough time for learning his trade.”

As the minimum age for racing in the FIA Formula 3 European Championship amounts to 16 years, Santino will have to wait for the fifth race weekend, held at Spa-Francorchamps, to have the chance of battling it out with his rivals for the first time.