Positive testing sessions for Eurointernational in Budapest and Zeltweg 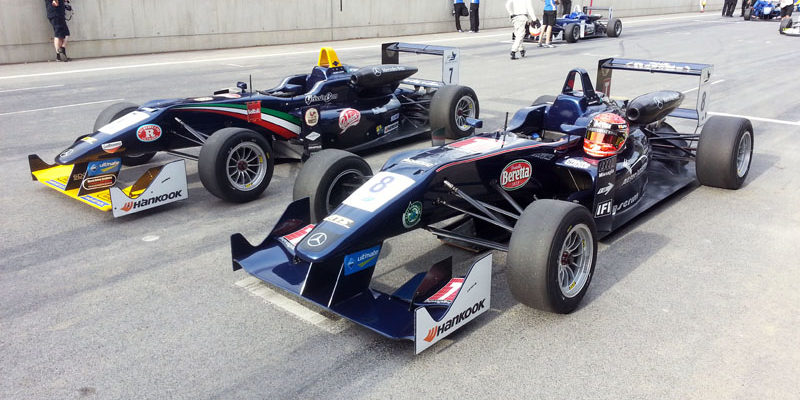 Eurointernational ends the pre-season tests in the right way, looking forward to be in Silverstone for the first round of FIA F3 European Championship. The team managed by Antonio Ferrari have worked hard in the four testing days splitted between Hungaroring and Red Bull Ring with both drivers, Riccardo Agostini and Michele Beretta.

Scoring the best time – and third overall – during the first session of Tuesday morning, Riccardo Agostini carried on with the work started last week at the Hungaroring, finding the right setup in various conditions, during an uncertain rainy day which has affected the performance of the drivers on track.

Michele Beretta completed a very hard program focused on many things in order to improve his experience step by step, to accumulate useful miles and feeling with team, car and tyres. In the meantime, Michele Beretta had the fundamental support of 4Motorsport and Andrea Piccini to refine his driving skills, specially in a circuit quite difficult as is the Hungaroring.

“The tests completed in Budapest and Zeltweg were fundamental to start the work in the right way with Eurointernational, a racing team very well prepared, as well as with my team mate Riccardo Agostini – said Michele Beretta – I already have a good feeling with him, we share feedbacks, ideas and solutions. The car is very fast and I’m improving the feeling with chassis, tyres and engine, lap by lap. We have completed many kilometers in these days collecting positive datas in order to prepare in the best way the first round of the championship. As I expected the level of the championship is very high and Silverstone race will not be easy, with long and fast corners that characterize the English track. To be in the Top 20 is undoubtedly a good starting point and a boost of confidence, I can not wait to be in Silverstone!“