Difficult start for Eurointernational in the FIA F3 European Championship 2014 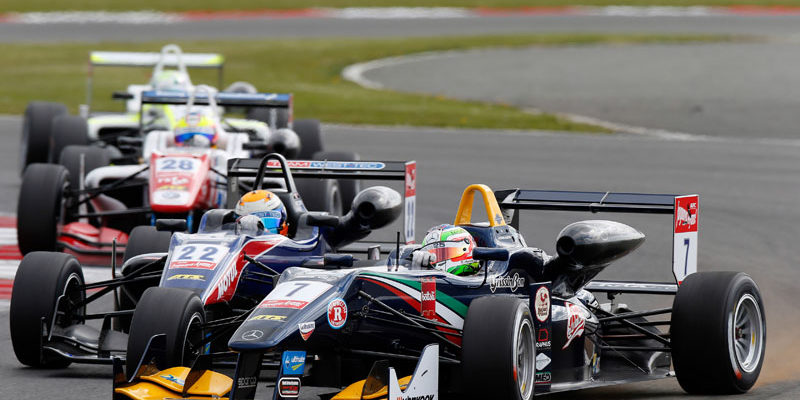 It has been not an easy weekend for Eurointernational in Silverstone. The italian team lived a difficult start of the season last week in the opening round of FIA F3 European Championship due to different problems, but the overall performance of both drivers is quite positive.

Riccardo Agostini couldn’t match the performances of the pre-season tests, where he shone as fronrunner. The last of the problems, but not the least, occurred Sunday morning during Race 3, when an issue with the electronics of the steering wheel caused the gear to remain stuck in neutral, forcing thus Riccardo to stall on his position at the start. After a late start, during the following round, Riccardo made a pit stop to replace the steering wheel. Even if this didn’t solve the problem he managed to finish his race. But his performances, already during the qualifying and the first two races of Saturday, have not been up to the expectations. For the record Agostini ended the races in 21st, 23rd and 22nd position.

Michele Beretta and 4Motorsport leave Silverstone with a smile: after two free practice sessions, useful to improve the feeling with the fast british racetrack, Beretta lived a difficult qualifying session, where he was struggling to find a good lap both for traffic and for the not perfect balance with the Hankook tires. Race 1 was not so happy for Beretta: the Eurointernational driver remained involved in an accident at Brooklands turn that put him out of the game. Race 2 was the time of redemption: the good performance that saw him quite close to Top 15 allowed Beretta to set interesting lap times, also during Race 3 despite a little hesitation at the start.

Michele Beretta: “We knew it would be a difficult start of the season at Silverstone and is certainly not an easy circuit on which debut. I’m happy because I have interesting performance throughout the weekend, reducing the gap to the front and also being able to run with pace and consistency. There is still to be improved over a single lap in qualifying. Hockenheim will be another track not easy but I’m more confident with the car lap by lap and I’m looking forward to be back on track, obviously aiming to do even better.”

The second round of the FIA ​​F3 European Championship will see the drivers on track in two weeks in Hockenheim (Germany), from 2nd to 4th May.