FIA F3, Hockenheim hosts the second round of the season 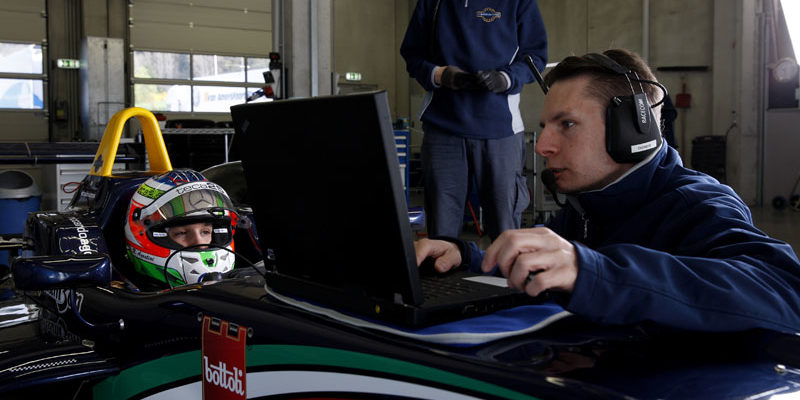 After the debut in Silverstone, Eurointernational and its drivers – Riccardo Agostini and Michele Beretta – are ready for the second round of FIA F3 European Championship, scheduled next weekend in Hockenheim (Germany). The italian team managed by Antonio Ferrari aims to have a different weekend after the problems lived in UK fifteen days ago.

For Riccardo Agostini the main target is to be on top, a goal which is certainly within his reach, especially if looking at the results he achieved during the week before the British weekend, in the ups and downs of the Austrian Red Bull Ring track, where he absolutely leaded the official collective tests, clocking the fastest time in one of the sessions and constantly “surfing” within the top positions.

Among the drivers ready to confirm the good things shown in England there is also Michele Beretta: the young italian driver of Eurointernational team is ready to return at the wheel of the Dallara-Mercedes race car after the positive performance on british soil. At Hockenheim Beretta tip to increase the feeling with the fast italian single-seater car but, above all, with the Hankook tires.

The weekend on 4.574 meters of Hockenheimring racetrack will open on Friday 2nd May with the two free practice sessions, one after the other, starting at 13:20; in the late afternoon (18:10) the drivers of FIA F3 European Championship will be on track for Qualification 1. Saturday will start with Race 1 (12.10) followed by Q2 and Q3, which will assign the positions on the starting grid for the other two races, which will see the green light come on Sunday 4th May, respectively at 11 and 16; as usual, the races will be broadcasted live on Motors TV or can be followed via live streaming on the official website of the series www.fiaf3europe.com