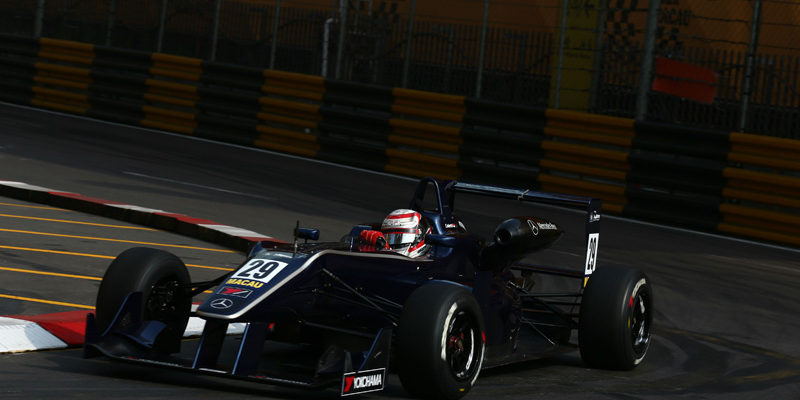 Macau is always Macau. After the unlucky race in 2013, Stefano Coletti and Eurointernational achieved a very good result along the difficult Circuit da Guia. After a chaotic start, Coletti was able to avoid the big crash after Lisboa corner and to gain many position till the final 6th place under the chequered flag. Despite the broken nosecone, the driver of Eurointernational keep a good race pace for the whole race under the pressure of some opponents behind him.

It is a great result for Eurointernational, for the first time in Top 6 after the wins collected in 2009 and 2010 with Buller and Sainz Jr. with Formula BMW cars.

With this race, the 2014 racing season of Eurointernational with Formula 3 cars is end but the team is already focused on 2015 to be again on top as usual.